The University of Dutch 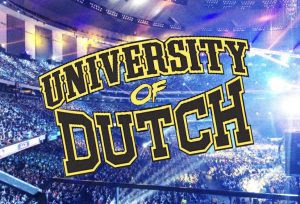 My name is “Dirty” Dutch Mantell and I’ve been in and around this wrestling profession since the Dead Sea was just sick. That’s a long time.  On this site,  I’m going to relate some old, old stories that some of you may know but the majority of you will not. That’s the purpose of the page. These stories are an accumulation of a lifetime of listening to old Wild West wrestling stories while I either sat in the driver’s seat of an old car loaded down with wrestlers or sitting in dressing rooms all the way from California to Europe including Puerto Rico and India.   And as an old-timer once told me, STFU and drive.  But quite possibly,  most of you might recognize me as Zeb Colter, the Real American from WWE RAW and SmackDown managing Jack Swagger and Cesaro just a few years ago. 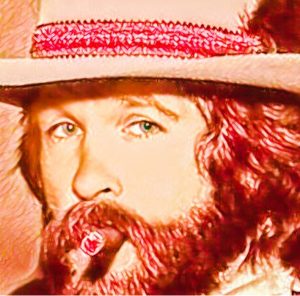 This website is designed for you, the fans and consumers of all things professional wrestling.  So listen, read and enjoy these stories and tales that I’ve accumulated over my journey.  Don’t hold me to actual facts like dates and stuff…I’ve never let facts get in the way of a good story.  EDITOR”S NOTE:  Margin of error 100%.

Don’t take the word of a local wrestling school to tell you anything useful.  That’s really not their fault.  They don’t know because they’ve never been there. That’s where I come in.  I’m offering virtual wrestling sessions in a ONE ON ONE environment via online tutoring.  We’ll meet on a VIDEO face to face meeting via SKYPE and I’ll give you my honest assessment on where you are in your training, how to advance your career, how to alter your appearance or anything that I think helps you.  Don’t take the word of a local trainer…take the word of a guy who’s put 50 years into this business and helped launch a dozen guys to superstardom.  Take the advice of someone who’s booked several territories and been on creative teams from the territorial days to the days of NOW.  You can opt in and opt out at anytime. No obligation, no contracts. So don’t just sit and wonder where you’re headed,  get the advice that can help you realize the dream.   You owe it to yourself to find out what your chances are and how to upgrade your game.  Yes, I charge for my advice but it’s a lot cheaper than paying a wrestling school just to teach you how to hit the ropes and give and take an arm drag. Let’s talk this week.

Write to me at my email address and I’ll give you the pricing.  This is a service offered by nobody else in this business.  Email me today!!!!

Also available for bookings/Signings and podcast appearances. Contact the info below.  dirtydutchmantell@gmail.com 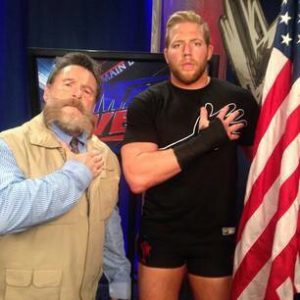 The University of Dutch has not wavered in it’s mission to educate the world about this crazy business of pro wrestling that we all seem to have an affinity for. Now announcing that OFFICIAL DIPLOMAS are now available to all those who wish to purchase one. The diploma will be an official looking certified document and comes ready to hang in your man cave or your most DOMINANT wall with your name prominently displayed on the document. As part of the UoDutch alumnae, the diploma will be officially signed and documented by The University President, Dirty Dutch Mantell and the Chairman of the Board of Trustees, the honorable Dr. Zeb Colter. You will always be a UoD graduate FOREVER.

The University of Dutch has not wavered in it’s mission to educate the world about this crazy business of pro wrestling that we all seem to have an affinity for. Now announcing that OFFICIAL DIPLOMAS are now available to all those who wish to purchase one. The diploma will be an official looking certified document and comes ready to hang in your man cave or your most DOMINANT wall with your name prominently displayed on the document. As part of the UoDutch alumnae, the diploma will be officially signed and documented by The University President, Dirty Dutch Mantell and the Chairman of the Board of Trustees, the honorable Dr. Zeb Colter. You will always be a UoD graduate FOREVER. 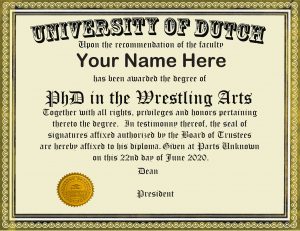 These diplomas are for purchase for only $28 including shipping (US only) and can be attained by emailing dirtydutchmantell@gmail.com or just remitting the payment to the same email address via PayPal. Please leave the graduate’s name and address. We expect a heavy demand for these one of a kind diplomas. Be the first to display your diploma and next time, someone wants to argue wrestling, just ask them where their degree is? When they say they don’t have one, you can say “I THOUGHT SO”.  Then point to your wall of FAME and let them read your diploma.   That shuts them up every time. Great for birthdays, Christmas gifts, special PPV occasions or just for the hell of it.

Be the first to be an OFFICIAL GRADUATE OF THE UNIVERSITY OF DUTCH and be awarded a PhD in the FINE ARTS OF WRESTLING. Diplomas come ready to hang with your NAME PROMINENTLY DISPLAYED on the document.

VIDEO OF THE DAY:

Here’s a match above from the legendary Mid-South Coliseum where the Dirty Dutchman took on the infamous Jerry the King Lawler.  This is rare footage ladies and gentlemen because I think this is only one of a couple of times the King got bested without being screwed.  A right in the middle of the ring 1-2-3 that stunned the fans because they’d never seen it before.  After the match,   the fans weren’t screaming or yelling, they were thinking damn, the King got pinned right in the middle.  This footage from March 22, 1982 which set up a Dutchman/King rematch inside the barbed wire a few weeks later.  This was during what we called the Memphis Golden Years before Vince McMahon took over the country.   You’re looking at history here folks thanks to YouTube and me.  There’s a big story behind all this as there usually is when a promotion hits a hot surge in business.  For the historians out there,  1982 was the most successful year in Memphis wrestling history and Memphis sold more tickets that year than Madison Square Garden.  Hard to believe but absolutely true.

Up to this point in my career I had never ever been in a match series like this and working with Lawler was like working with a master conductor.  Flawless, great timing and believability all in one package.  I’d like to thank Jerry for his participation and in making fans believe the series.   House that night was something close to 10,000 fans and almost a sellout.  The notable greatest announcer in the world I thought called the match like the pro he was, Lance Russell.  Lance is no longer with us but I loved that man not because he was a great announcer but because he was a fine human being.  Anyway, folks…enjoy this one.  I’ll have a few more like this one in upcoming weeks.

PHOTO OF THE WEEK 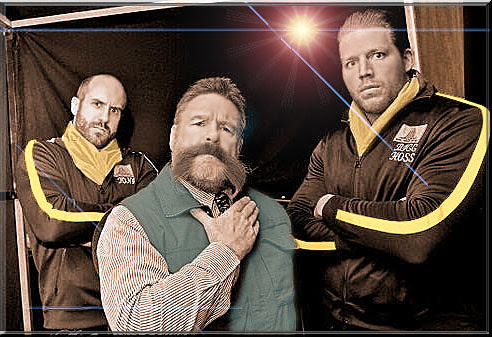 Here’s a shot that the official WWE photographer took of the Real Americans right before we stepped outside the GO POSITION in the SuperDome In New Orleans at WrestleMania 30. If you look at the photo, the entire creative team and Vince himself is right past that light. At that position, you’re told when to go and if you have any last minute questions, you should ask them then…or you’re on your own.
One thing about the WWE photographers, they’re working all the time. If I had to
state a figure of the number of shots they take in a day’s time, it has to register between 1 and 2 thousand images they shoot just in a one day time period.
As you can tell by the photo, we all look eager to go. And Jack and Cesaro were. Loved that team and WWE really missed the boat on them. But as I used to say in my interviews, WE THE PEOPLE. 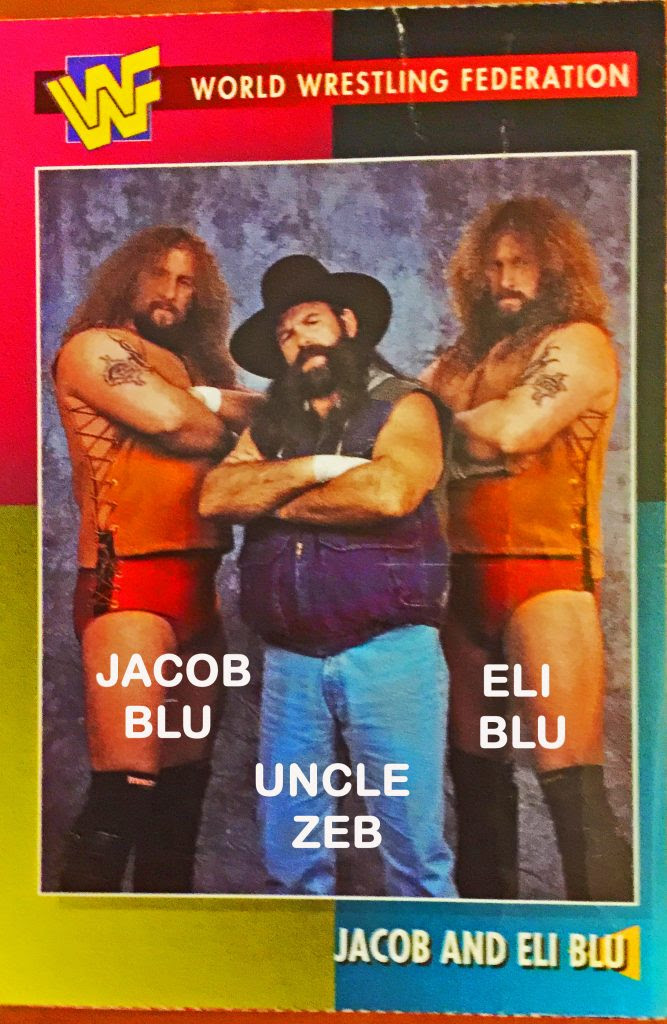 Here’s a  rare photo of my first run in WWF…years before WWE when I managed Ron and Don Harris when they went as the Blu Brothers. The storyline was that I was their insufferable uncle, Uncle Zeb who drug them out of the Appalachian Mountains of West Virginia to bring them to the big lights of the city. Well the only lights they got to look at were the ring lights when they were laying flat on their back in the middle of the ring. The Blu Brothers ended up having a short shelf life…when Ron, the one on the right, suddenly up and quit and the other Brother wasn’t far behind. For the historians out there…that was when I got assigned to Justin Hawk Bradshaw for the remainder of my 2 year contract. But by that time, I was so sick of the conditions there then, that I was about to revolt myself. Just a little story for you.  For what it’s worth, this is not a trading card, I don’t know where this came from but FTR, I never got a dime out of this.

These books should be required reading for all wrestling fans who truly know what good wrestling consisted of and the pros behind it. Both books are excellent reads and autographed copies are for sale here. 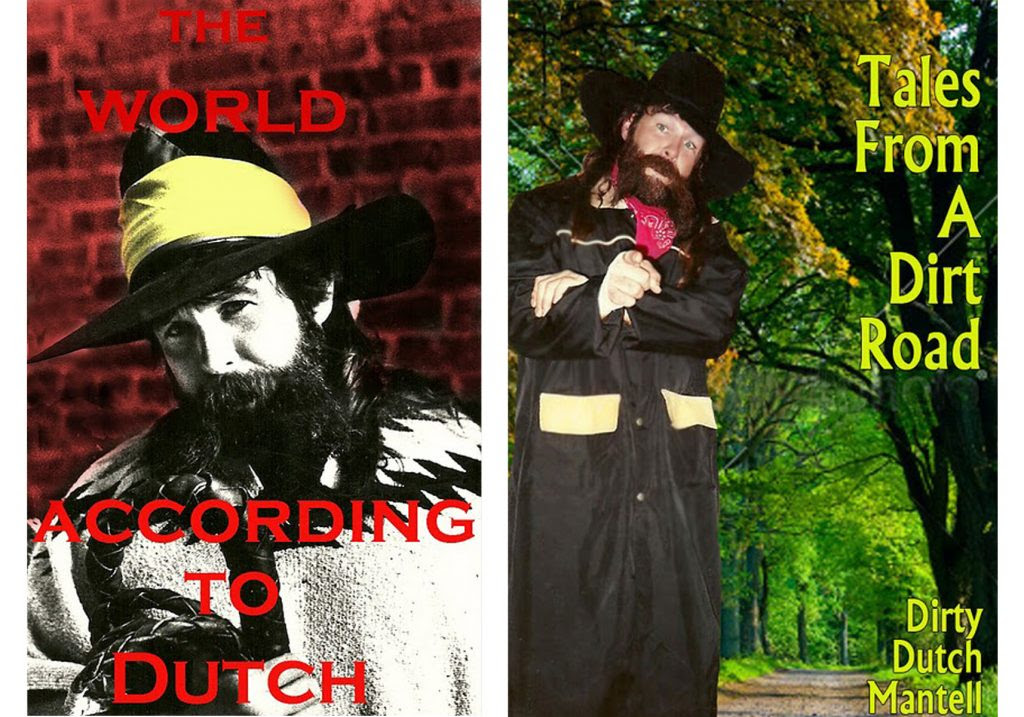 I am presently writing my 3rd book expressly for wrestling fans. I’ve written 2 so far and I’ve always stated that I would write at least 3. It takes all of that to get my stories in. You can see the first 2 below which, by all accounts, were great reads. I even go back from time to time and reread some of my older material.

But if you’d like to purchase these books which come with FREE SHIPPING and will be personally autographed via your instructions:

ONE BOOK FOR $35…BOTH BOOKS FOR $70.  Add $5 for shipping and it’s yours for $75.  Each book will be personally autographed to whomever you choose. Great birthday gift.  Just remit $75 via PayPal to: dirtydutchmantell@gmail.com

PLUS…also included in the purchase, we’ll add in a personally autographed 8X10 color photograph FREE of charge. Did you see that word, FREE? I always love it when things are FREE. Please remit $75 payment via PayPal to:  dirtydutchmantell@gmail.com

If you just want a personalized autographed 8X10 photo, you can now get 1 color 8X10 photo personally autographed for $25. Or 2 for $35 autographed to a friend or whomever you choose. Great Birthday gifts or a great gift to hang on your wall. Orders will be packaged and shipped ASAP. FREE shipping valid only in the continental United States. Sorry folks, I don’t set the postage fees.

PayPal to: dirtydutchmantell@gmail.com. Don’t forget to attach your shipping address and how you’d like the items signed. Your order will be packaged and shipped ASAP.

Check out the stories on  STORYTIME.  See you next week!!!

Check out "Down and Dirty with Dutch Mantell" on your favorite streaming services absolutely free of charge.